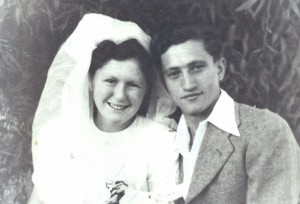 My grandparents met in a refugee camp on a Greek Island. After surviving the holocaust, my underage grandparents tried to get out of Europe. There was nothing left for them at home, no real family, no food, more war, no jobs, no education, no future. They found “Conditions in the camps were very harsh, with poor sanitation, over-crowding, lack of privacy, and shortage of clean water.” What was the game plan at the camps? Get these people to other countries for resettlement. To places that already had their own economic & social problems, intolerant environments.

They went to Israel chasing after lost family. My grandmother used to brag “I didn’t want to stay in Israel. I didn’t want to go live somewhere with so much fighting.” They eventually made it to Southern California where the two of them THRIVED. They loved having friends from all over the world. They traveled. They worked their asses off and it actually got them somewhere….they met immigrants just like them, poor but hard working. Some people with a little more money helped them at first. Some family, some not. They helped others their entire life.

This is what they taught me: Go where diverse people live together freely and work hard to live better. Make sure you help others because its how people thrive. Travel and learn about other people because you will better understand everything else. Food is awesome. Learn to cook all the food and serve it at the biggest table your home can fit. Play the music, always play the music. Do as much as you can outside: camp, fish, ski, go walking. Meet more people. Pick up bagels that they throw out at the grocery store and bring it to the senior center. Hang out with kids and make them draw and dance. Supervise teenagers, because you’re the cool one. Not every migrant has the same story, but I like theirs so I want to make sure more people get to live this story and less get the story where they are blowing up their oppressors.

I’m privileged. All the people who helped them survive and thrive…well that is me now. Thats how it works. 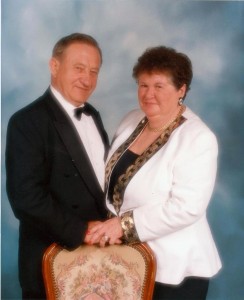